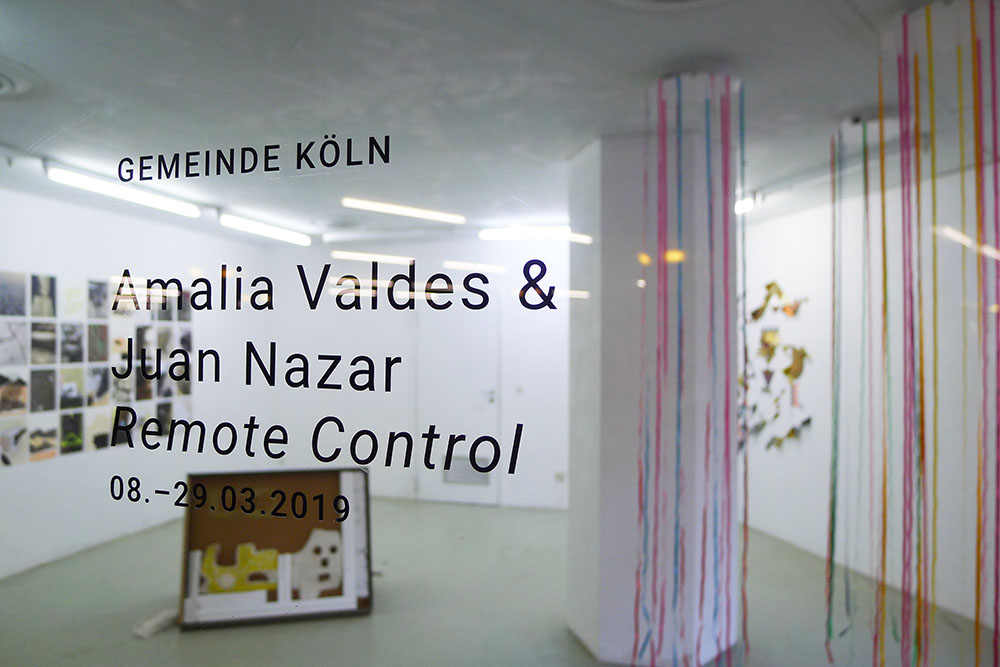 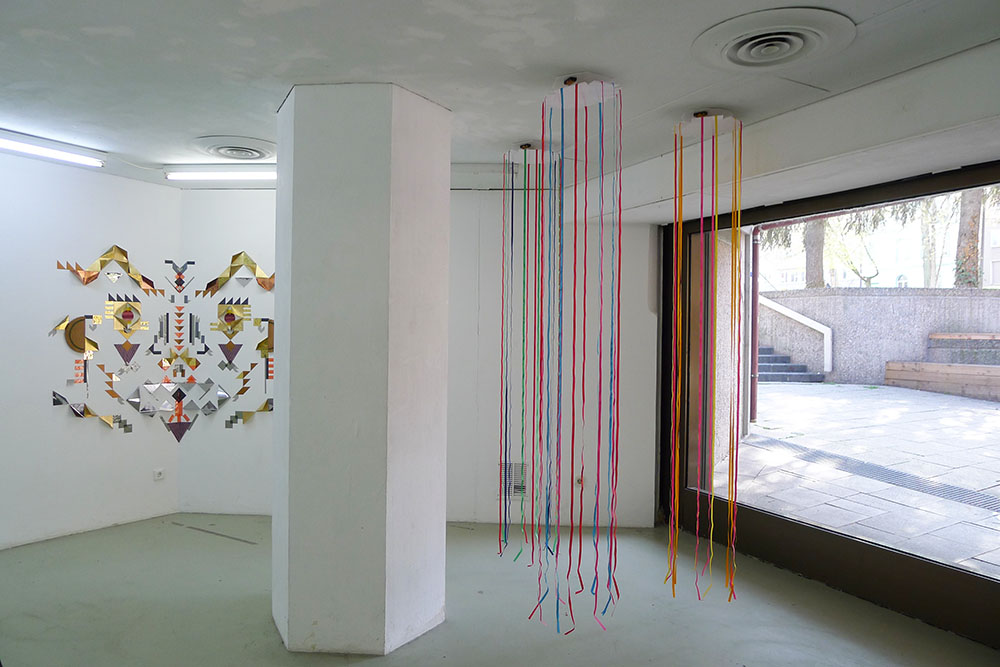 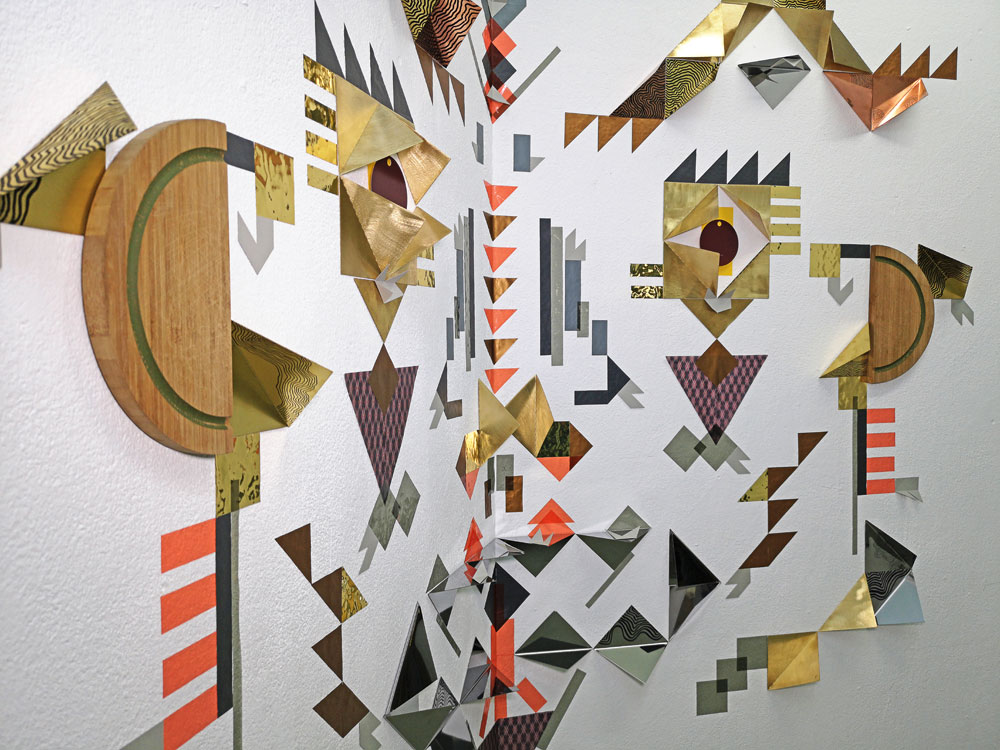 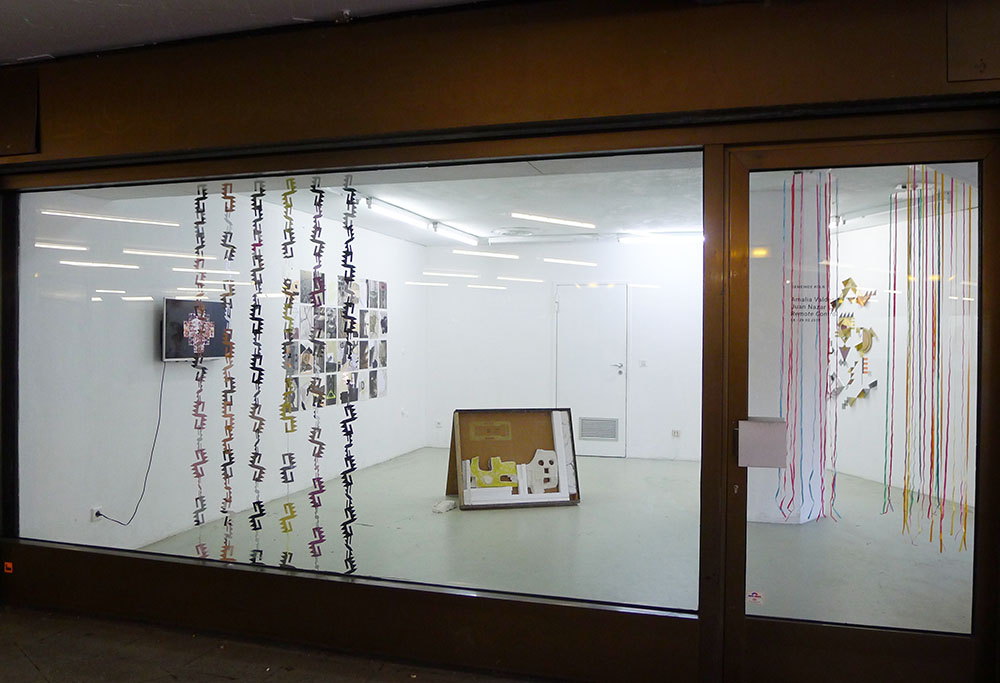 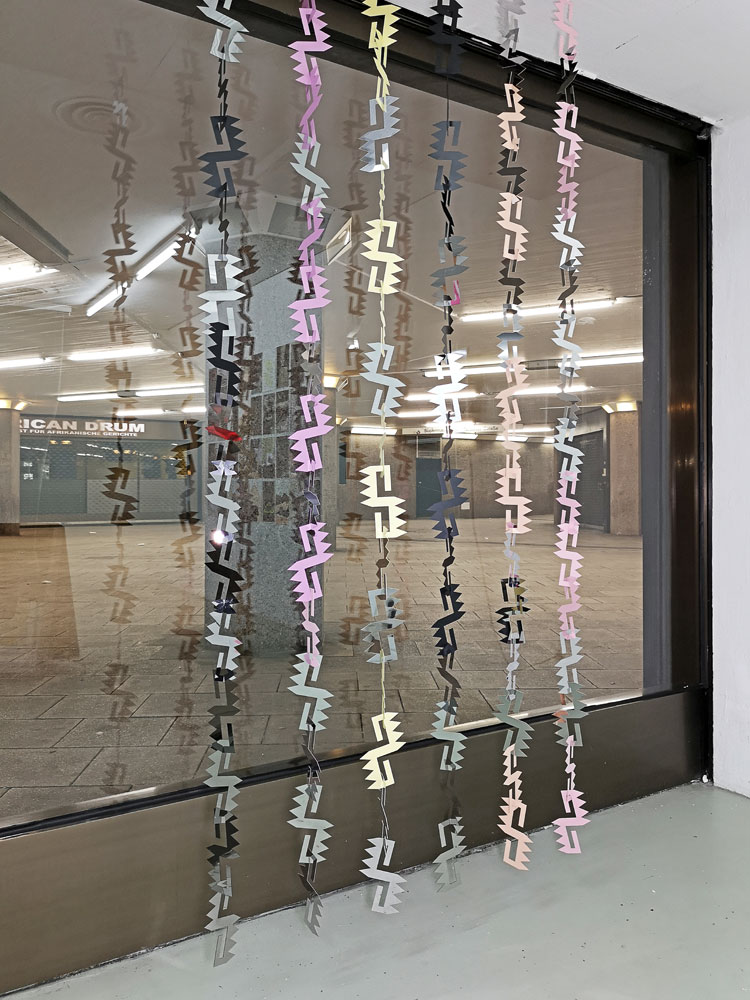 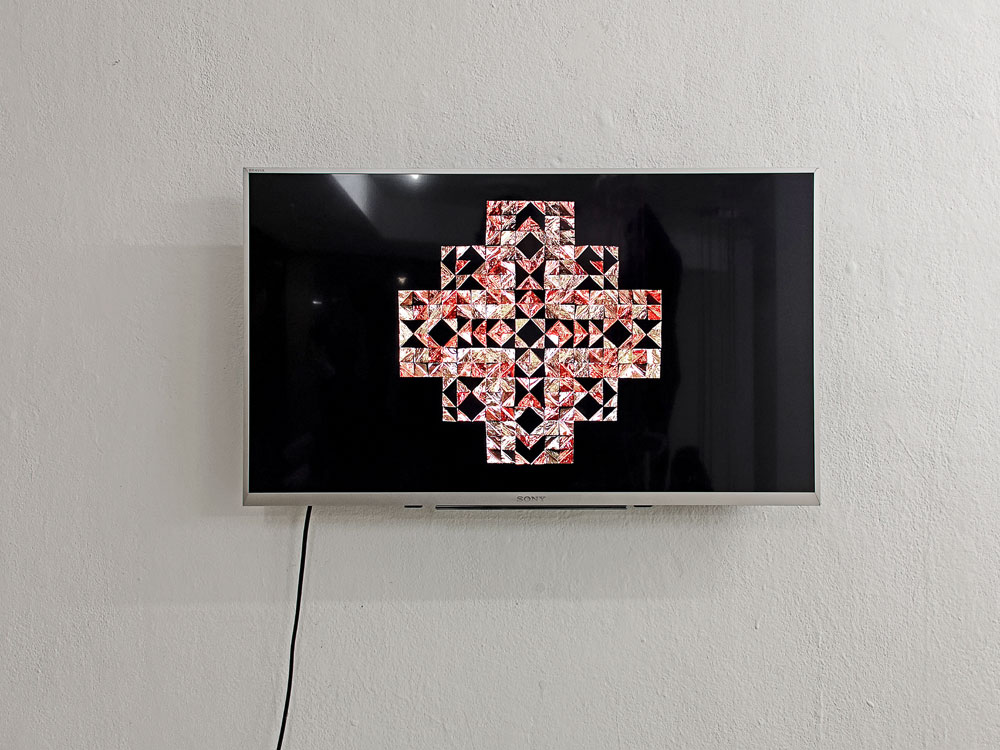 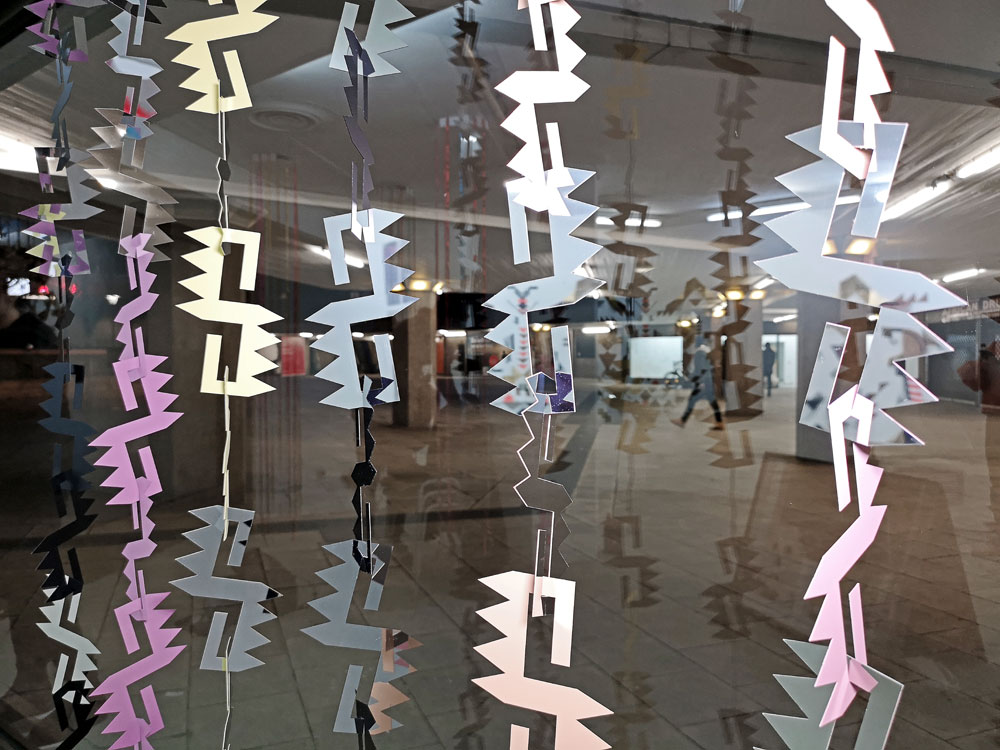 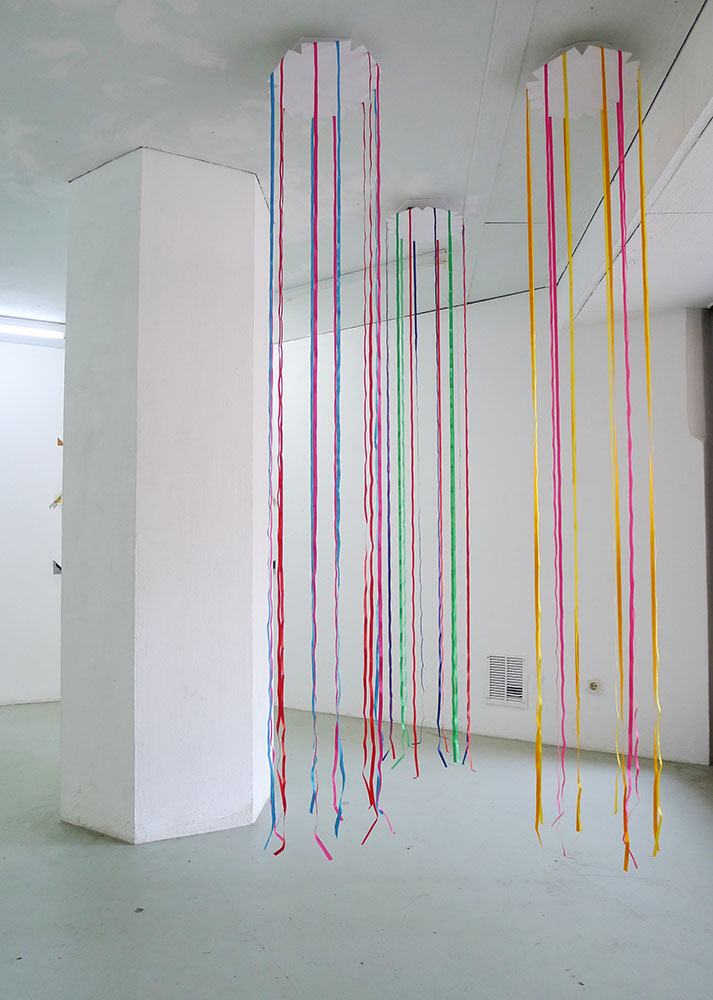 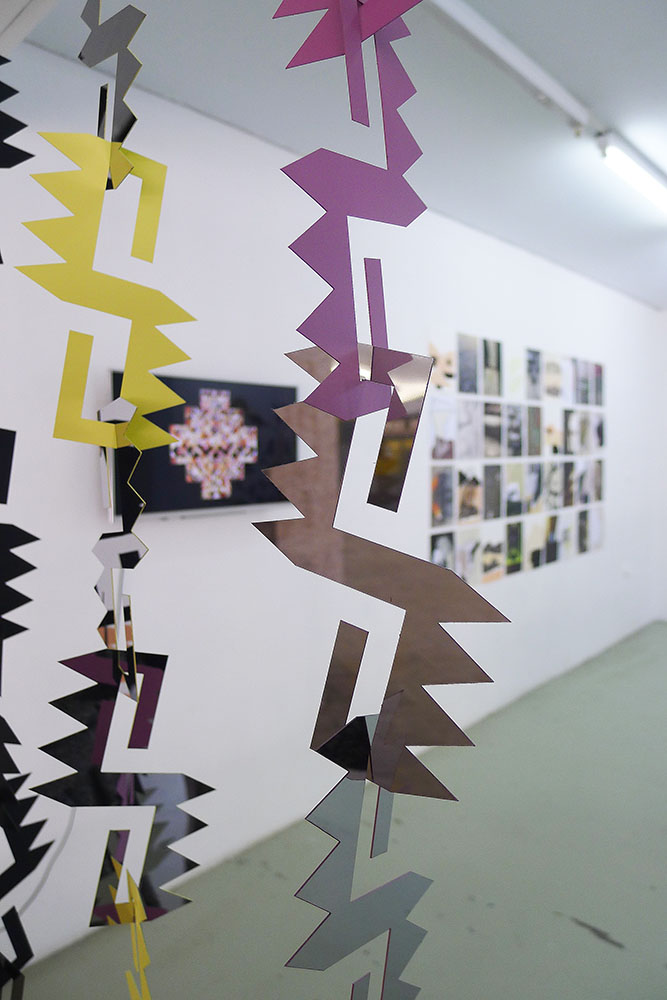 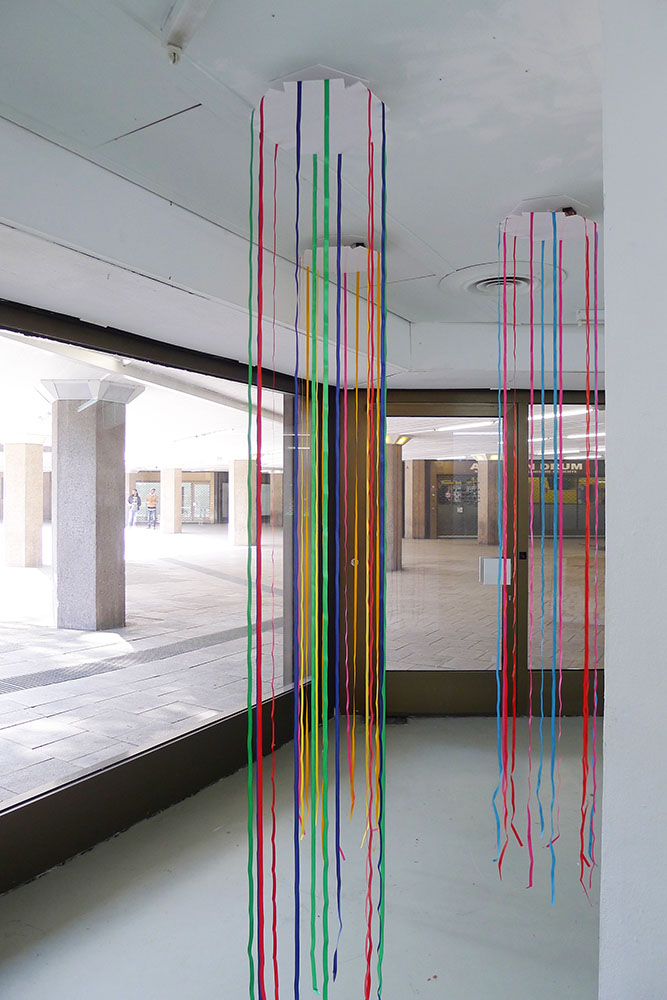 Taking as a starting point the idea of myth, origin and the concept of repetition as a ritual, Remote Control seeks to connect the artistic production with the principles of pagan worship beliefs, addressing a search for identity based on the influence of the original people from South America, and the weight of the European history, understanding this as a blend of an hybrid mestizo combination.

Amalia`s work links memories of Pre-Columbian images with sacred geometry, order grids and symmetry. She presents a video that resuscitates the symbol of a Chakana; a recurrent figure in the Andes culture that speaks of an old correspondence relationship existed between the high and the low, the human being and the superior, the earth and the universe.

This psychedelic and hypnotic repetition, as a mantra, harbours a spiritual connection with the cosmos, since it represents a unifying element that symbolizes a stairway or bridge between two worlds.
At the same time she creates some mysterious icons as site-specific work, she uses diverse kinds of materials to connect them, spontaneously with intuition and the idea of play.

By the other hand, Juan works by connecting the concepts of archaeology and iconography. First he classifies, to compose from urban photography as well as found objects and paintings. He shows a series of graphic works of small format that make up an imaginary from different images that are, at the same time, similar in shape and colour. It is a work in progress that deals with the idea of collect, cast, set up and build from (fragmented) images and objects, in order to set up a new body of material: a monument, and subsequently, a possible ruin.

As an ethnographic exercise, Remote Control works with the idea of past and present time through the translation of ancient symbols or icons in counterpart with simple contemporary objects from daily routine; mechanisms and devices that are in the surrounding, placing us in a constant duality; a point between the sacred and the profane; that precise limit where the human being seeks to find what he cannot see.