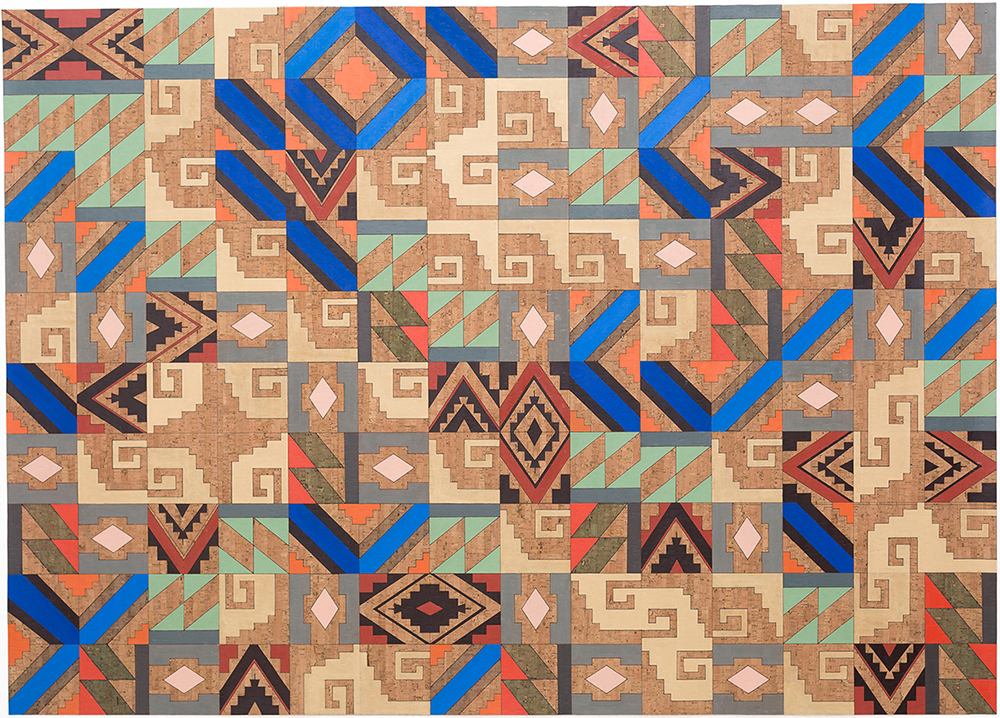 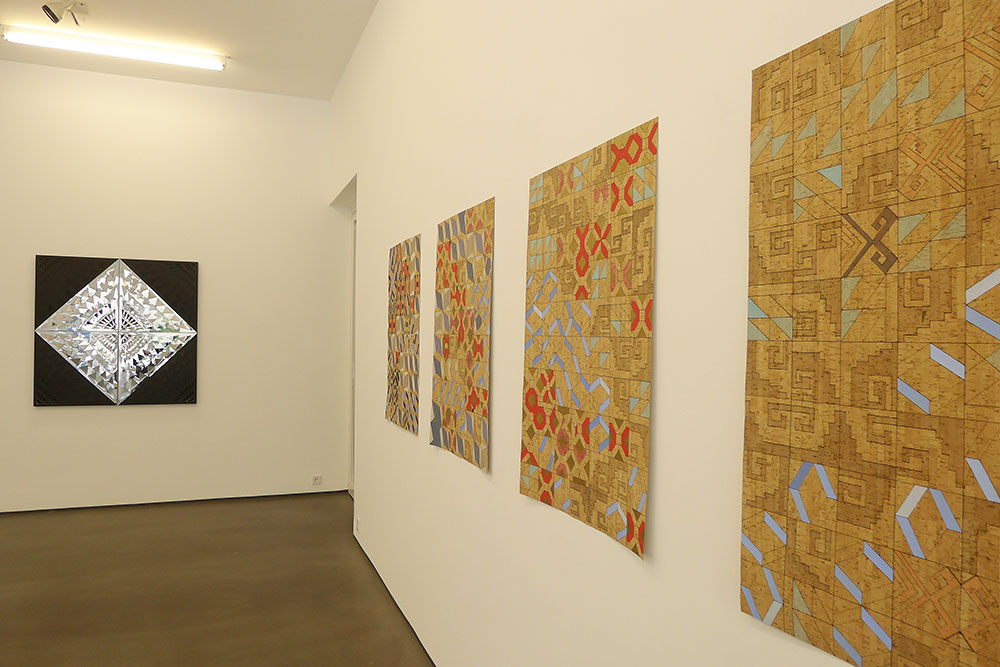 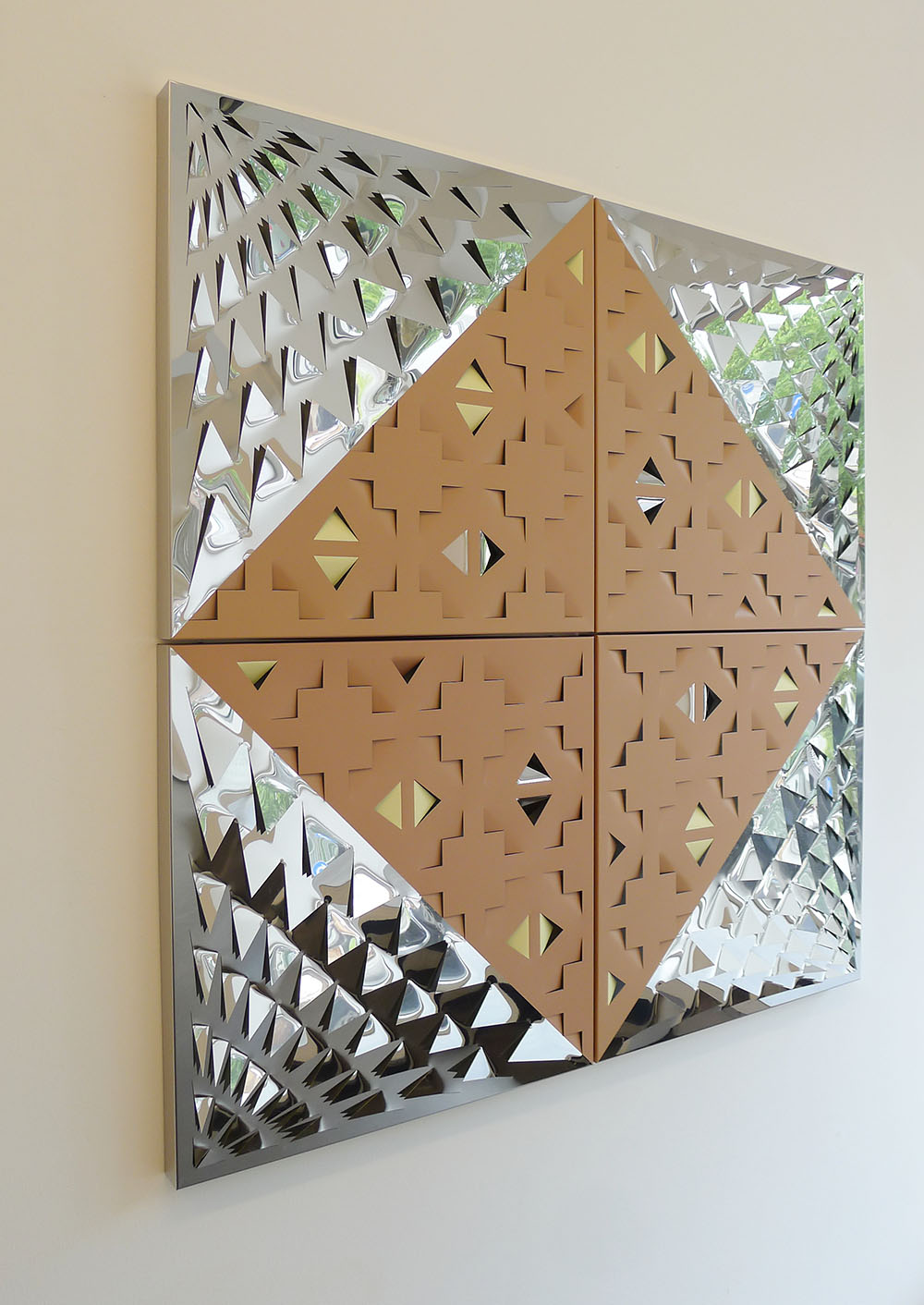 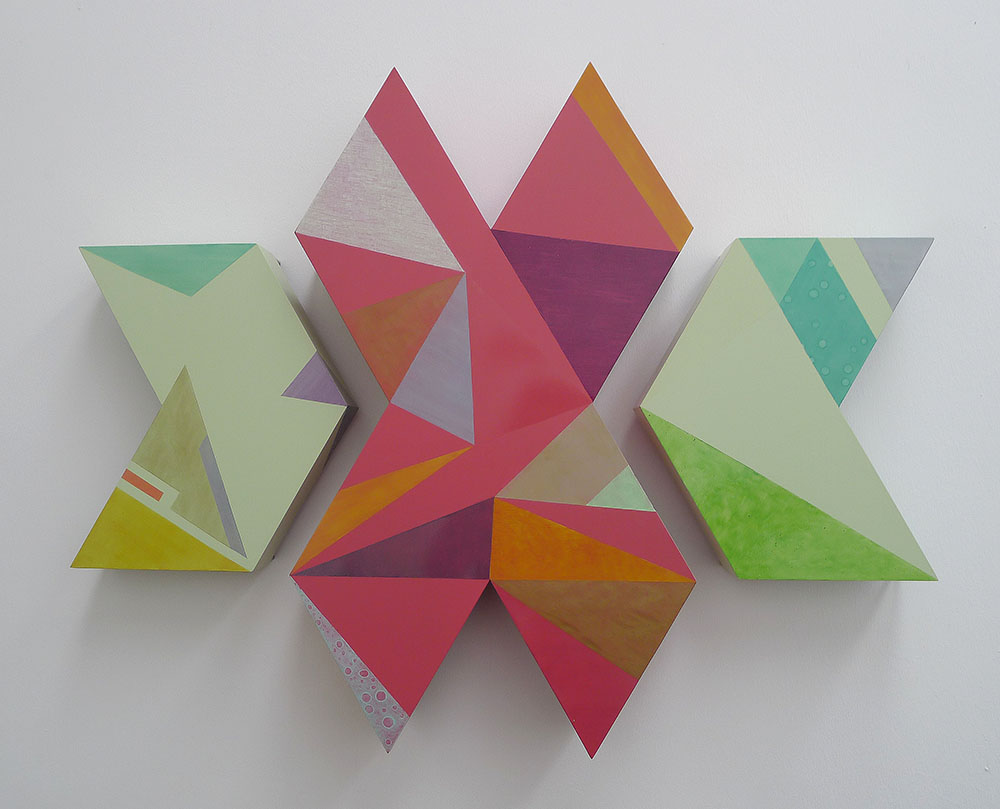 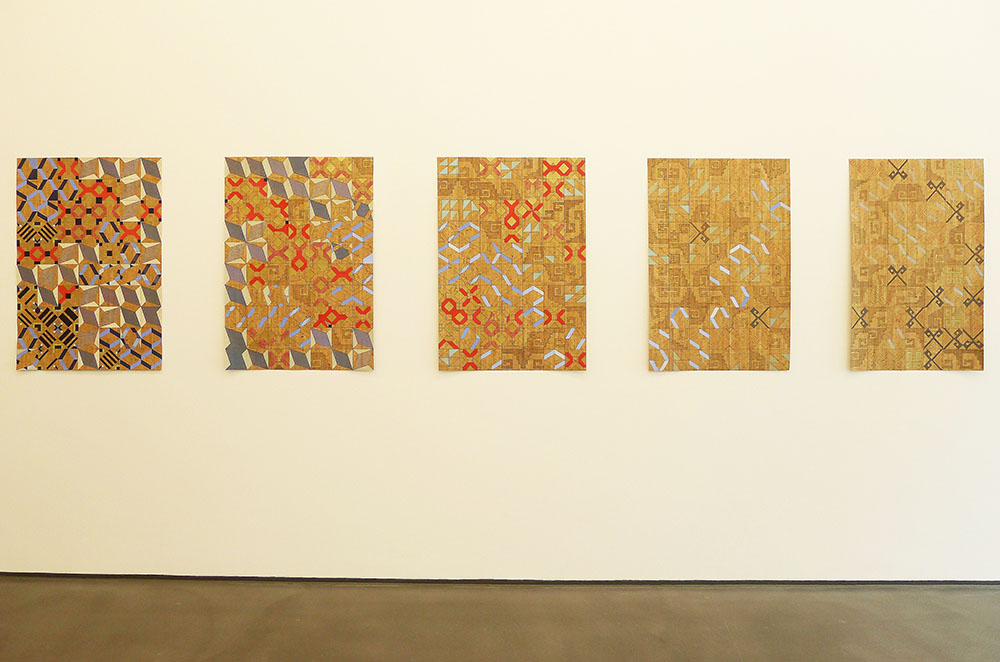 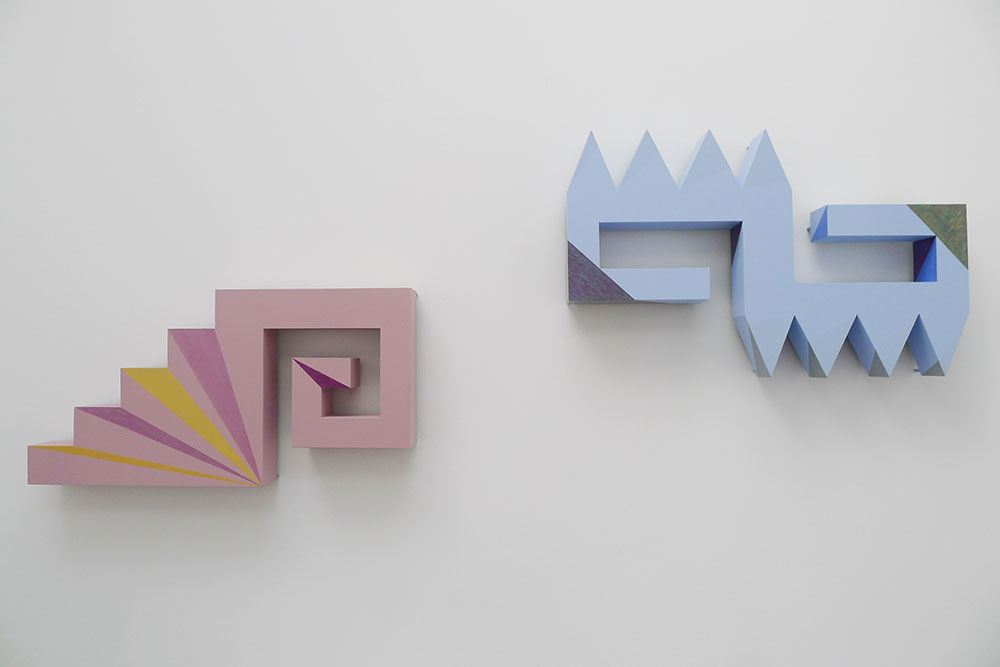 The exhibition consists on a number of modular pieces made of stainless steel that intertwine the idea of how we perceive light and our body on the surface. The spectator’s reflection is an active part of the works that play with the geometric contrast of icons and symbols.

Two series of paintings on cork sheets are part of the set. One refers to the interaction of colour and its weight in space, while the other uses geometric symbols present in ancient times as well as in daily life. Thus, tiles, textiles and different signs of Mesoamerican cultures, speak to us about different histories linked to textile art and common elements between art and craftwork. Both fields of doing have in common the search of making precious objects by means of century-old traditions and high precision techniques.

What inspires “Symbolic Match”, according to Amalia Valdés, is “the interest in approaching a universal harmony through an intuitive combinatorial game, in which fragments of different narrations of our ancestors, which communicate mystical and transcendental messages through shapes and metaphors, are seen.

Three metal volumes that remind us of pre-Hispanic symbols are also in the exhibition: Fragment of a Star, icon present in the Mapuche culture, which dialogues with Fragments of a Temple I and II, symbols that, in turn, refer to a magic-sacred space in the Zapotec history. (Mitla, State of Oaxaca, Mexico). Inside the temple there are several fretworks that represent a cosmic bridge above. The Zapotec culture believed in the metaphysical potential of these symbols as shapes that helped expel demons and avoid calamities. Thus, Valdés brings us close to a universal thought that links good and evil in one unit, offering us now a perspective of life and death different to that of the Western.